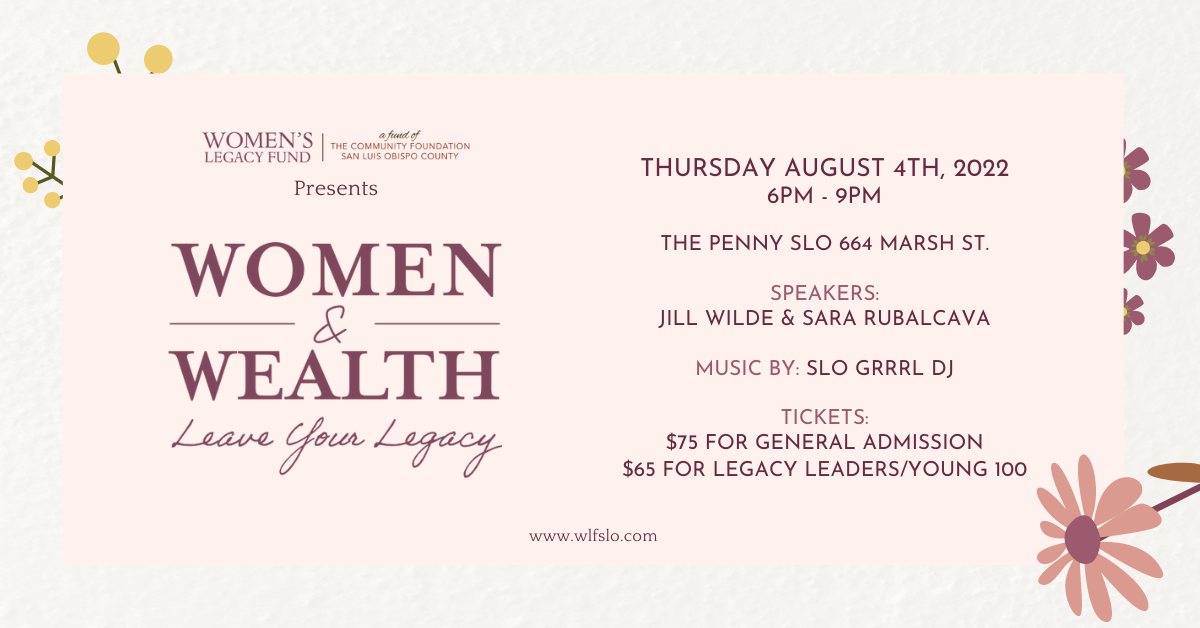 What if you could learn how to improve your financial health while creating lasting change for women and girls in San Luis Obispo County?

Join inspirational members of our community for an evening of abundance as the Women’s Legacy Fund collaborates with Women Making Waves on ‘Women & Wealth: Leave Your Legacy’. Bringing together the next generation of Legacy Leaders through The Young 100, this non-profit event creates a unique conversation around financial literacy, philanthropy, and community impact for women in SLO County. Through a hosted evening of passed apps, sponsored drinks, and motivational workshops, you’ll leave feeling educated and empowered with a better understanding of what it means to experience financial health along with how to leverage that wealth to benefit others. Hosted by Leann Standish of SLOMA, two phenomenal speakers will take the stage. Jill Wilde and Sara Rubalcalva will connect on a deeper level of giving by sharing their workshops and wisdom with you. You will walk away knowing that your contributions and commitment are part of the bigger vision to creating lasting change for women and girls in San Luis Obispo County. When women of a community are uplifted, it creates a ripple effect of compassion, creativity and confidence for all. 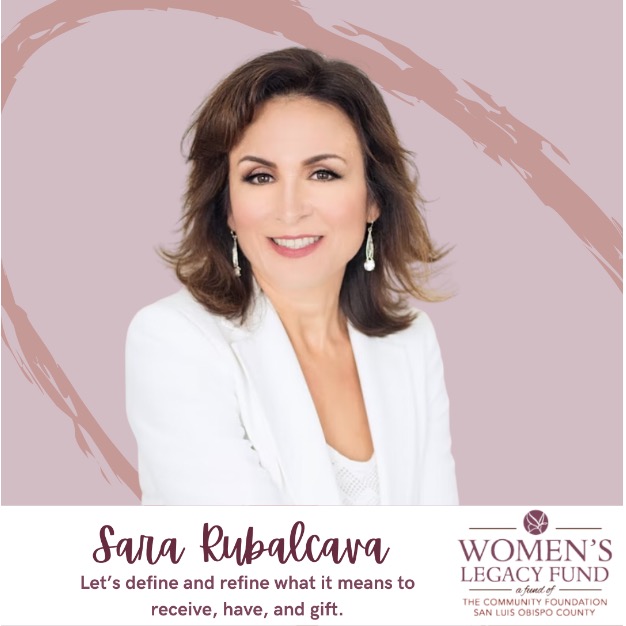 You can define and refine what it means to receive, have, and gift.

This workshop will give you the tools to map out your vision for individual wealth and achieve a healthy money mindset through awareness, connection, and vision.

Above and beyond that, you will discover what it means to commit to a life of giving back, leveraging your wealth for impact, and doing big things for your community. Leave empowered, and with a plan! In this workshop you will dive into how a healthy money mindset can shift an individual, a family, and a community at large. 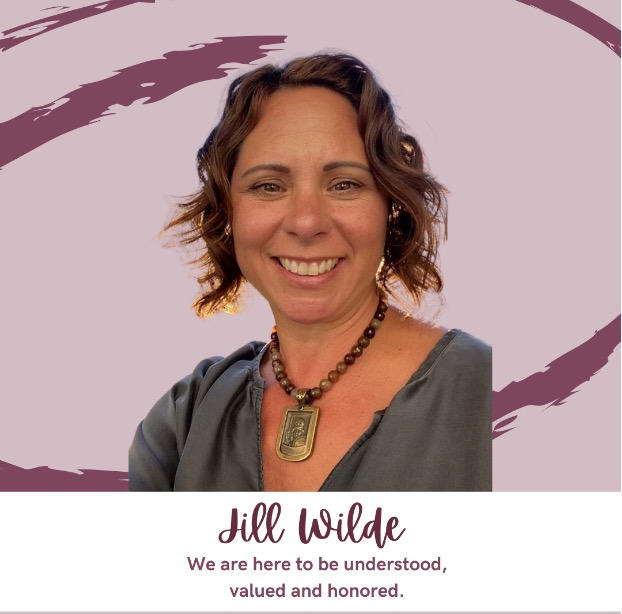 📣 Meet Jill Wilde, Chief Magic Maker at Wilde Big Sur: a new forest retreat and music venue on the South Coast of Big Sur. In this discussion with philanthropic icon Jill Wilde, learn what it means to discover wealth independent of your financial circumstances.

Workshop through what wealth means to you, on a deeper level than the amount of money in your bank account. Overcome the daily stresses of monetary success and learn what it takes to develop a wealthy lifestyle for yourself resulting in a more impactful legacy in your circle of influence. We’ll workshop how we navigate our current financial realities in order to pave a different path of success, choosing personal responsibility for our own wealth now and into the future.

Leave feeling confident in your ability to generate wealth, wield power and have influence beyond what you could imagine.

The Women’s Legacy Fund is a field of interest fund through The Community Foundation San Luis Obispo County which was established in 2003 to strengthen women and girls’ physical, emotional, intellectual, and financial well-being. Since its inception, the fund has provided more than $300,000 in support of a broad spectrum of issues affecting women and girls in San Luis Obispo County, from basic needs and education to physical and mental health.

Today, the American Disabilities Act turns 32. This important civil rights law prohibits discrimination against individuals with disabilities within schools, transportation, and all places that are open to the general public.

Across San Luis Obispo County, allies and activists are dedicated to ensuring that people with disabilities have the same rights and opportunities as everyone else. One of these individuals is Paul Wolff: a local architect and accessibility advocate.

Paul Wolff advocates for an accessible, diverse, and welcoming community that values disability and encourages the full participation of people with disabilities in all aspects of life. Not to mention, the annual Paul Wolff Accessibility Advocacy Awards (PWAAA) were established in honor of Wolff. These awards are implemented through Access for All, a field of interest fund through The Community Foundation, and honor those who strive to make San Luis Obispo County a barrier-free community.

Paul – Professor Emeritus of Architecture at Cal Poly State University – has an incredible life story. Paul was born in 1929 in Hamburg, Germany to Jewish parents. After his father’s arrest during Kristallnacht in 1938, young Paul and his family fled Nazi occupation to London, England in 1939. Fortunately, as the political climate grew more volatile, they were able to secure a 30-day transatlantic crossing and landed in San Francisco on August 1, 1939 – only 30 days before the start of WWII in Europe.

In the 1950s, Paul was drafted into the US Army and served in Europe. After his service, the GI Bill of Rights enabled him to enroll in the graduate program of architectural studies at The Academy of Fine Arts in Munich. After graduation, he began his architecture career working with renowned architect Richard J. Neutra in Los Angeles and later started his own architecture practice in Palo Alto. In 1971, Paul began teaching Architecture at Cal Poly State University. It was during this time at Cal Poly that he began to recognize the need for accessibility in architectural design, partly due to the effects of his sister’s advancing MS diagnosis.

After earning his master’s degree in Environmental Psychology from the University of Surrey in Guilford, England, Paul returned to Cal Poly where he introduced Environmental Psychology and Universal Design into the School of Architecture’s curriculum. In July of 1990, architectural accessibility finally became a national requirement as the American Disability Act (ADA) was passed into law. After 23 years at Cal Poly, Paul retired to focus on community involvement. He and his wife Marion, who escaped from Vienna as part of the Kindertransport, continue to talk to students and groups sharing the stories of escapes from Nazi Germany and exploring the impact of the current violence we see in our society today and its relationship to the evils of prejudices and discrimination. Paul worked with local activists to start Access for All, which promotes accessibility, supports advocacy work, and provides connection through The Community Foundation San Luis Obispo County. He currently serves on the Access for All advisory committee.

We are extremely grateful to know and work closely with Paul – he is an inspiration to us all. Read his own account of this incredible story, which we are honored to share with you.

“Today there is so much for which to be grateful. Since I have been allowed to survive for 92.5 years, there is so much to recall. I started long, long ago, so far distant, in a radically different universe, within a far different culture and language.

The first 9 family years in Hamburg, Germany, ended abruptly on the infamous Kristalnacht, 11/9/1938, as the Gestapo invaded our house to arrest my father despite his 4 years as a wounded/decorated army captain fighting for Germany in WWI . Yet, not until many years later in SF, did I fully comprehend the politics of the times.

These were events that must never be forgotten! Towards that end, Marion and I devoted much time in our later years to sharing both of our Holocaust experiences with high school and university students in Vienna, Berlin, Hamburg, as well as locally. Marion’s exodus at 8, from Vienna, via the Kindertransport was always of great interest to our audiences. Today, I gladly continue to talk to students and local groups about learning from our recent destructive history and its relationship to the evils of current prejudices and discrimination.

We were among the fortunate few. Six months after Kristallnacht we were able to reassemble our small family in London and board the Hamburg-American freighter SS Dynteldyke for the 30-day Atlantic crossing to SF.

The subsequent 9 years were filled with growth and challenge from school, sports, and a variety of jobs in San Francisco. New freedoms and responsibilities emerged as I advanced to UC Berkeley, Yosemite, Livermore, and Texas, Missouri, and Germany courtesy of the US Army.

My 1953 rejection from OCS (Officers Candidate School) actually worked to my benefit. Subsequently, being drafted into the US army led to my assignment as the operator of a 20-ton crane in a chaotic divided post-war Germany. That year – 1954 – gave me the exciting opportunity to explore Hamburg, Mainz, Paris, Stromboli, Sweden, Finland, and London.

Upon my discharge from the US army, the GI Bill of Rights allowed me to enroll in stimulating graduate architecture studies at The Academy of Fine Arts in Munich. Thereafter, I obtained passage home on the USS Langfitt by teaching and counseling some 400 Hungarians seeking refuge in the USA.

[I] spent the following 3 years living and working with renowned Architect Richard J. Neutra in his LA studio. By 30, in 1960, I found and wed a young German visitor from London, Marion Pollak. Three precious children followed: Karen, 1962, Linda, 1964, Charles, 1966.

During the following 10 years as I started my architectural practice in Palo Alto, I became increasingly aware of my sister Eva’s advancing disability due to her MS. I also noted that the CA building code tended to ignore accessibility issues. In 1970 the emerging Department of Architecture at Cal Poly State University in San Luis Obispo was expanding… and I applied.

By September 1971, we had sold our remodeled Eichler home in Palo Alto and moved to SLO as I started teaching my first classes. Two years later I had to decide my future. To advance at the University would require a Masters Degree.

Due to the strong influence of Neutra’s humanistic architecture and my access concerns, I chose to pursue a Master’s program in Environmental Psychology at the University of Surrey in Guilford, England. This allowed Marion to support the 5 of us by working as a secretary at the University.

Upon my return to teaching, I introduced Environmental Psychology and Universal Design, creating a more inclusive environment (including people with disabilities) into the architectural curriculum. National interest in the rights of all people to have equal access to our environment was increasing, which led me to work with many local activists to start Access for All in SLO County.

In July of 1990, architectural accessibility finally became a national requirement as the American Disability Act (ADA) became the law of the land. After 23 years at Cal Poly, I retired in order to do more consulting and designing, returning to my home-based architectural practice. Community involvement plus travel to fascinating places further enriched these memorable years.” – Paul Wolff

Consider making a donation to Access for All by clicking HERE.